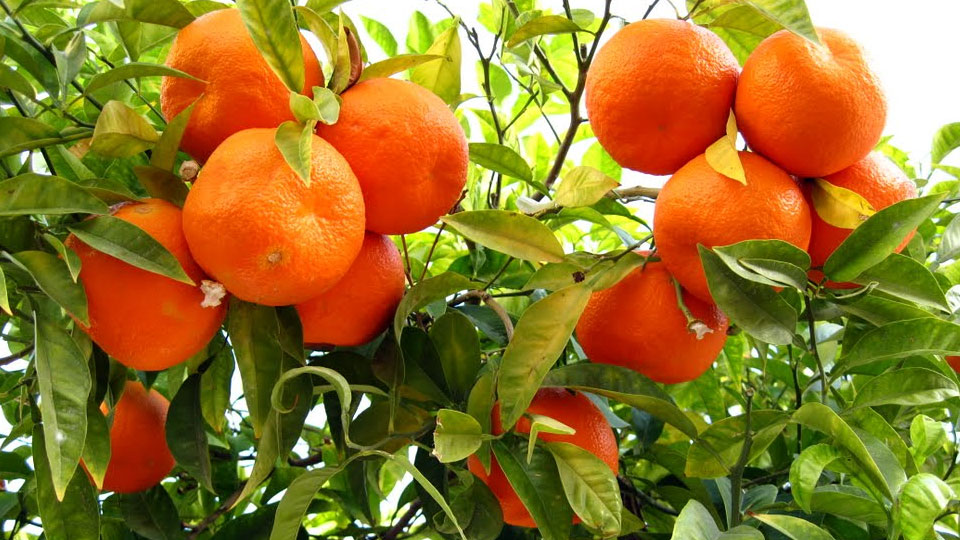 Pretty Soon, You Might Be Able To Grow Oranges In New York

With polar ice caps melting and 2006 on record as the second warmest year in recorded history, it’s obvious to all but the most self-deluded denialists that global warming is real and is accelerating.

This will make a big difference in the kind of plants, trees and other crops you can grow. When you read the articles on this website that discuss fruit tree growing, you’ll note that some types of fruit trees need cool temperatures if they are to properly set and produce fruit.

Most plants and trees are limited in where they can grow, and two of the main limiting factors are maximum and minimum temperatures.

For a century, agricultural experts have created “hardiness” zone maps that tell growers where and when they can grow crops and when they can plant them and harvest them. Local and regional climate realities govern those maps and what kinds of plants and trees will grow there.

But global warming is changing the equation. As overall temperatures rise, South Florida will still be too hot to grow apples, but warming temperatures could mean that New York could produce oranges within ten years.

Indeed, global warming is likely to wipe out or severely damage millions of acres of forests, orchards, gardens and other landscapes that have adapted to the traditional climate that is being rapidly decimated by global warming.

This damage is already happening in places like British Columbia, Canada, where millions of acres of forests are dying because winter temperatures are no longer cold enough to kill pine beetles that destroy trees.

People who rub their hands in glee thinking that warming will only change temperatures and can therefore be counted on to produce predictable and profitable agricultural effects are victims of a shallow understanding of the effect of temperature on the water cycle, soil health, and overall ecosystem stability.

Not only will warmer winter temperatures likely spell the end of apple orchards in the Northeastern United States, but they will also wreak havoc on water supplies, rivers, animal habitat and migration, and forest health.

Winter isn’t the only season likely to warm up. Summers will also get hotter – the likely effect being that cities will turn into heat traps, electricity grids will fail, and thousands of citizens will experience heat-related illness or even death.

Speaking agricultural and ecological terms, warmer summers will mean damage or death for animals and plants- due to drought, fire, loss of soil moisture, dried-up rivers, extreme UV exposure, and other effects of warming.

Organizations such as The National Arbor Day Foundation have finally caught up with the facts of global warming and are issuing corrective information that alters the geographic mapping of zones that can support specific trees and plants. Based on the latest comprehensive weather station data, The National Arbor Day Foundation just released a new website (arborday.org) Hardiness Zone Map which separates the country into ten different temperature zones to help people select the right trees to plant where they live.

The new map reflects that many areas have become warmer since 1990 when the last USDA hardiness zone map was published. Significant portions of many states have shifted at least one full hardiness zone. Much of Illinois, Indiana, and Ohio, for example, have shifted from Zone 5 to a warmer Zone 6. Some areas around the country have even warmed two full zones.

In response to requests for up-to-date information, the Arbor Day Foundation developed the new zones based on the most recent 15 years’ data available from the National Oceanic and Atmospheric Administration’s 5,000 National Climatic Data Center cooperative stations across the United States.

The new 2006 arborday.org Hardiness Zone Map is consistent with the consensus of climate scientists that global warming is underway. Tree planting is among the positive actions that people can take to reverse the trend. Tree planters across the nation can go to arborday.org, click on the Hardiness Zone link, and enter their zip code to determine their hardiness zone.

“The Arbor Day Foundation supports tree planting throughout America,” says Foundation President John Rosenow. “Providing the hardiness zone for individual zip codes at arborday.org is an important part of that goal, by giving tree planters the most up-to-date and useable data available.”

“Of course existing trees should continue to be cared for,” said Woody Nelson from the Arbor Day Foundation. “Certain species may be more vulnerable to stress with the current warmer climate, but they will continue to provide environmental and economic benefits as they grow. It’s just a good idea to consider more tree species diversity for the future.”

Trees counteract global warming in multiple ways. Atmospheric carbon dioxide is the leading contributor to global warming, and as trees grow they remove CO2 from the atmosphere, storing the carbon and releasing oxygen.

A single tree can remove more than a ton of CO2 over its lifetime. Also, shade provided by trees reduces summer air conditioning needs. The cooling effect of a healthy tree is equal to 10 room-size air-conditioners operating 20 hours a day.

Trees reduce the “heat-island” effect in urban areas, where summer temperatures are generally warmer than the surrounding countryside. According to the U.S. Forest Service, 50 million strategically placed shade trees could eliminate the need for seven 100-megawatt power plants.

Trees around homes and in cities slow cold winter winds, reducing the need for winter heating. This relief on fuel consumption for heating and cooling helps reduce CO2 emissions from burning fossil fuels.

Detailed information about which trees are best for planting throughout the country, the value of trees, and the latest warmer hardiness zones can be found at www.arborday.org.

Vegetable gardeners are also of course affected by global warming. So far, the vegetable seed and home gardening market has been slow to react to global warming. It has yet to revise the zone system contained on seed packets and on charts at retail gardening stores.

This system tells people what crops they can grow in specific geographic locations. It also tells people when to plant the crops, based on temperature statistics.

But because winters and warmer and shorter and the onset of spring is earlier in many locales, inaccuracies have crept into much of the long-standing advice about what crops will grow properly outdoors at various times of the year.

The long-term effects of global warming are only partially understood and must be carefully considered by anyone who is a serious gardener, farmer, landscaper, orchardist, or otherwise into growing plants and/or trees.

For example, if you have just moved into a home and are planning to include a productive garden and fruit trees in your landscape design, it is advisable to do thorough research about short and long-term climate changes in your area before you do your landscape plan.

If you have an existing orchard, garden, greenhouse operation or other important plant or tree-based business or hobby, you owe it to yourself to get accurate climate information so you can minimize damage to existing plants and trees and also maximize your area’s transition into a warmer and probably drier climate.

You will need to talk to soil scientists, other ag experts, climatologists and government officials to get a full picture on how global warming will affect your ability to grow plants and trees.

Several products from Advanced Nutrients can help you protect plants and trees from the likely effects of global warming. Perhaps the most important of these is Barricade, which strengthens plants and trees internally and externally so they can resist drought, high temperatures and other stressors.

Another important protective product is Scorpion Juice, which increases the vigilance and power of plant and tree immune systems so they can better resist drought, heat, disease, insects and other attacks.

Plants and trees suffering in stressful environments need living soil with healthy soil bacteria and fungi. These are provided by Voodoo Juice, Tarantula, and Piranha.

Sad thing is that global warming may well make large parts of the United States unfit for agriculture.

Something similar happened in 1930. It was called the Dust Bowl. The Dust Bowl was caused by climate changes, but it was also caused by land abuses created by industrial agriculture, and led to the death of millions of acres of productive soil.

Tens of thousands of people were thrown out of work, and vast areas of the US dried up and blew away. The country’s food supply plummeted, and its economy was ruined.

Today, with the entire earth atmosphere under threat from human-caused pollution, those of us who love growing plants and trees have to wonder if humanity has learned the lesson and is willing to reverse global warming, or if we are witnessing the last days of photosynthesis on our planet.

Organic Fruits and Vegetables Give Health

We Invite You to Imagine the Good Feeling You’ll Get Growing Your Own Apples, Peaches and Other Fruit