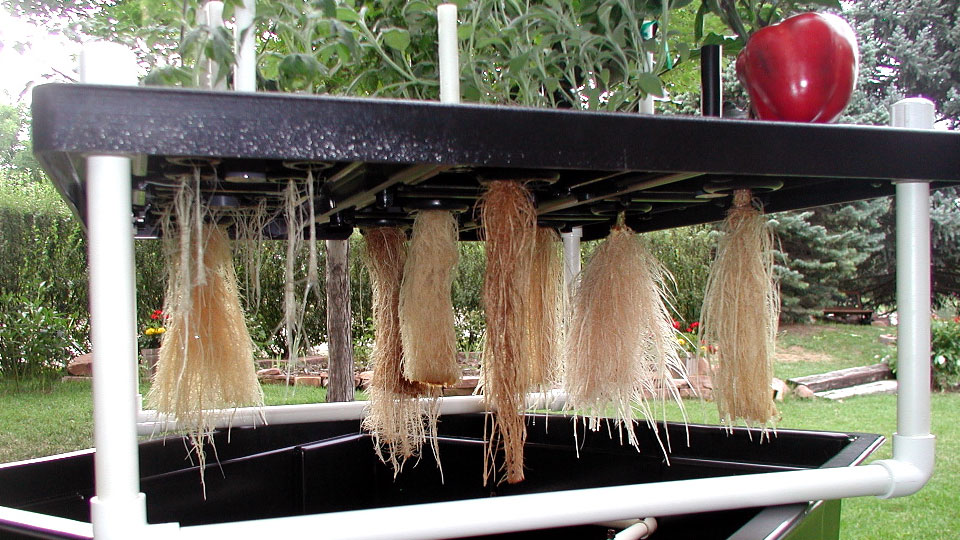 Nitrogen is the most plentiful element in our atmosphere, taking up eighty percent of the Earth’s air. Considering this, your average grower might wonder how it’s ever possible for the plants in their hydroponics garden to ever suffer nitrogen deficiency. Well, the problem is that the atmospheric nitrogen, or N2, cannot be absorbed by plants because there is a triple bound between the two joined nitrogen atoms, rendering the compound inert, and useless as a nutrient. It must first be “fixed”, or converted into either nitrate (NO3) or ammonium (NH4) ions. Some plants, most notably legumes, can actually do this on their own. This is why legumes virtually never suffer nitrogen deficiency. If you are growing absolutely anything else in you hydroponics garden, however, you may need the assistance of a quality root booster.

In a traditional soil garden, usually this nitrogen is continuously fixed through certain bacteria in the soil. These bacteria, and in fact a lot of the organic material that can help a soil based plant, are less likely to be found in a hydroponic nutrient solution. This is why many experienced growers use these root boosters: so their plants can enjoy all the beneficial bacteria of soil, without having to suffer the harmful bacteria that are in soil.

Most root boosters have several strains of bacteria that can fix nitrogen, but they are usually much superior the nitrogen fixing bacteria in soil. This is because they are carefully tested and examined for maximum effectiveness, and only those that perform at the highest level make it into the final product. These exceptional bacteria are called “super strains” for their atypical power to induce plant growth and health.

What does all this mean for the average grower? Firstly, using a root booster will dramatically cut down the odds of your plants suffering from a nitrogen deficiency. This can be crucial because a nitrogen deficiency can make you plants suffer chlorosis. This is a serious plant disease that causes your plant to not produce sufficient chlorophyll. With insufficient chlorophyll being produced, your leaves will turn pale or yellow. Your plant will also stop being able to produce the carbohydrates that it needs to thrive. Even if you correct the problem quickly, even a brief period of nitrogen deficiency can lead to a smaller yield.

However, increasing the nitrogen uptake can have profoundly positive effects on your plants. It will thicken and strengthen your roots, allowing them to take in more moisture and nutrients. This will probably lead to bigger yields, tastier vegetables, and a crop that is more resistant to diseases.

In addition to its potent nitrogen fixing capabilities, the bacteria found in root boosters can help in several other ways. By having these very strong super strains of beneficial bacteria in your reservoir, you severely reduce the chance of suffering an infection from a harmful kind of bacteria. This is because there will be fewer resources that might allow this harmful bacteria to survive. These bacteria can also speed the germination of certain beneficial strains of fungi.

The Main Benefits of Hydroton In Your Hydroponics Garden

Everything You Need to Know About Fixing Nutrient Problems

Hydroponic Supplies You Will Need to Start Your Garden